Story of Water and Fire 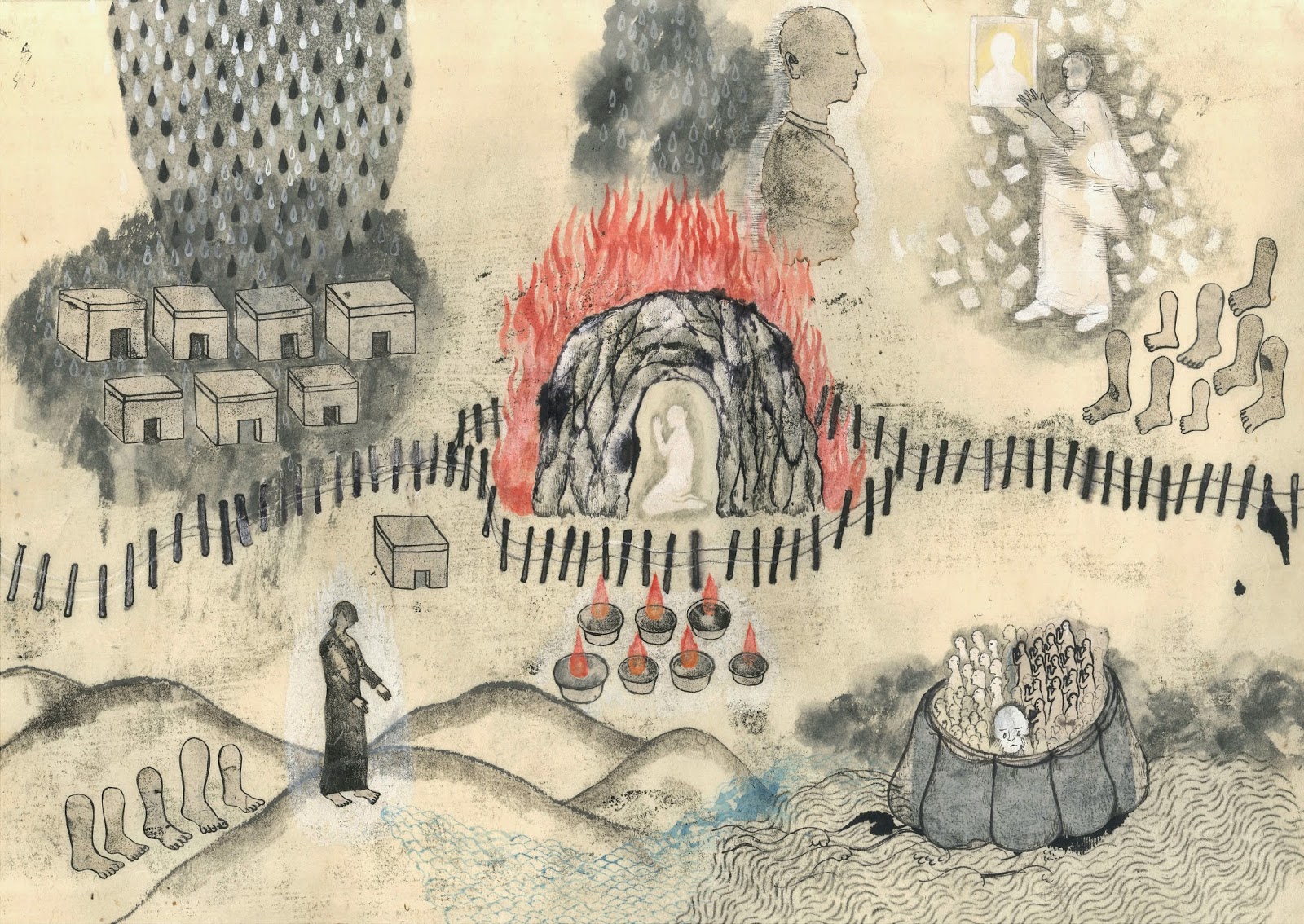 This place on the high plateau of the Himalayas is known for its healing water from glaciers and streams, white sacred mountains and ever rolling green pastures.
It is called the roof of the world where its people have lived with the earthy nature and vibrant inner life.

Snow Lions shed tears whenever they witness another human in flame standing on their lands screaming for justice,  violences and pains in dark concrete cells, and lifeless eyes of their people.

However people do not give up, they stand, pray and live for those who sacrificed.  Light butter lamps.