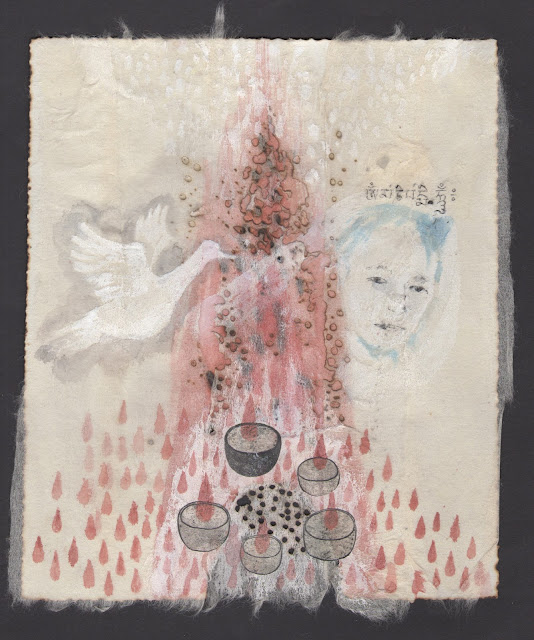 He set himself on fire near Kirti Monastery, which is known for many monks' self immolations in the past.  The video came out to the exile side shows him walking engulfed in the flame along with a recording of a woman's voice reciting a prayer ' May Gyalwa Rinpoche protect and bless him'.

His body was immediately taken by the security force soon after and admitted to the hospital around 10 pm.  He passed way around 5 a.m on the following day.
His body was cremated right away by the police and only a handful of ashes was returned to the family.

His parents, 5 siblings, and a wife whom he married one year ago are left behind.

It is said that his father is under detention by the police, being forced to cover the cost of the medical expenses while Kunbey spent his last some hours at the hospital.


May all the pains and darkness get eliminated from each of us, each community, society, country, and the earth so as nobody has to sacrifice his life like this.