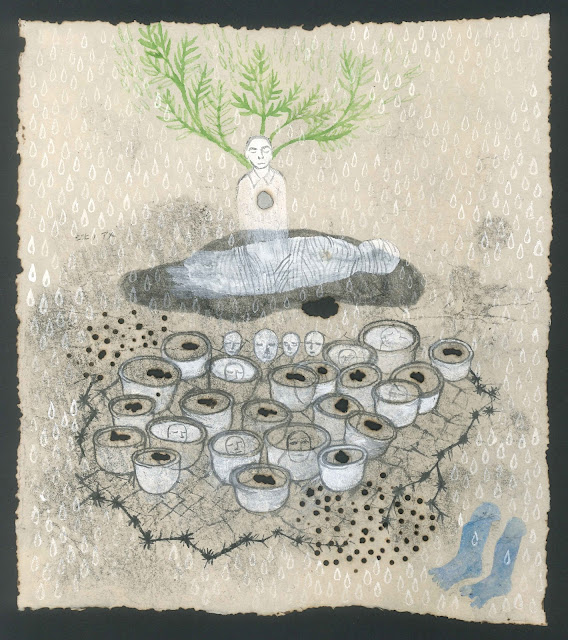 For Tenzin Phuntsog,  46 yrs old, who self immolated in Khamar township in Chamdo, Tibet on December 1 2011. He was a former monk of Karma Monastery, which located on the eastern bank of the Dzachu River in Chamdo.  His protest was apparently against the increased repression and tightening of security.

He was severely burned and passed away on December 9th.  He was survived by his wife, Dolma, and 3 children.

I saw a picture of Karma monastery surrounded with green and cliff behind.  Some of green trees looked like willow trees.  So I drew them from your head, wishing you grow back like those green trees again.

"If Khenpo Lodoe Rapsel, Namsey Sonam and all the monks and nuns of Karma Gon Monastery, the true and un-mistakable practitioners of Buddhist dharma, have to endure torture and imprisonment like this, then it is better for all of us at Karma Gon Monastery to die. I, the despicable Tenzin Phuntsok, write this with loyalty.

Brothers and sisters, don’t be sad and don’t lose your courage. My Dharma friends, think about our two khenpos and the monks and nuns who are holders of the Dharma practice. How can we believe in these rules that restrict the freedom of religion? I, Tenzin Phuntsok, wrote this.

Dharma friends in Karma Gon Monastery, it is useless just to live thinking about our beloved khenpos and the monks and nuns. Stand up! Clinging to taste of the eight worldly concerns, beings run away from these as they would from their enemies, I bow before the Buddha, who cannot be placated by small pleasures. I, the sorrow-filled, loathsome man called Tenzin Phuntsok wrote this.

When I think about the suffering throughout Tibet, and especially the pain at Karma Gon Monastery, there is no way that I can go on living." 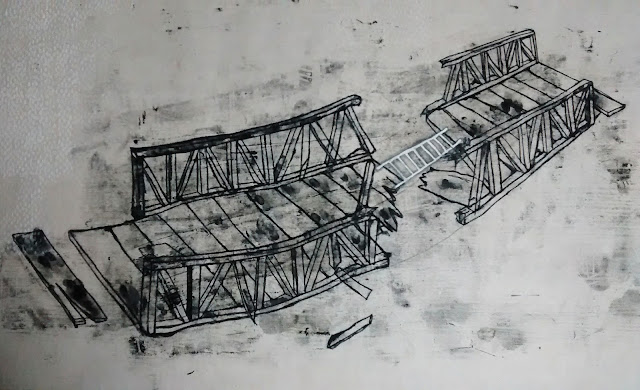 A bridge was there for hundreds and hundreds of years
One day a big storm came
River flooded, swallowing people, animals, and everything
The beloved bridge was split into half in the middle

They never gave up.  They kept walking and will keep walking