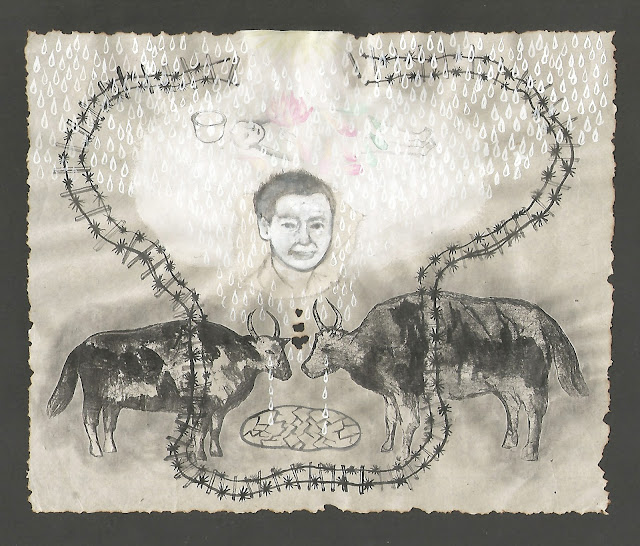 For Tenzin Choedron, a 18 years old nun from Mame Dechen Nunnery, who self immolated in Ngaba, Amdo, Tibet on February 11 2012.

She carried out her protest early in the evening on February 11, shouting slogans against the Chinese government.  Where she chose to do the protest was the same place - the Sumdo Bridge area below the nunnery - as the fellow nun, Tenzin Wangmo, had set herself on fire on October 17 2011.
She passed away soon afterwards.

She was the eldest of four brothers and sisters.  She spoke little, followed the rules, studied hard, and got excellent grades.

She smiles gently and shyly in the photo of her, which came out to the exile side.  It is hard to imagine how this young person made this extreme decision.  One can only  that she must have grown her deep concerns for her country's and others' sufferings in her pure and resilient heart after experiencing harsh treatments to fellow nuns and Tibetan people.

Mame nunnery is the largest one in the area.  The group of nuns of brave hearts carried out a protest march in 2008, carrying a portrait of the Dalai Lama, after which many were detained. 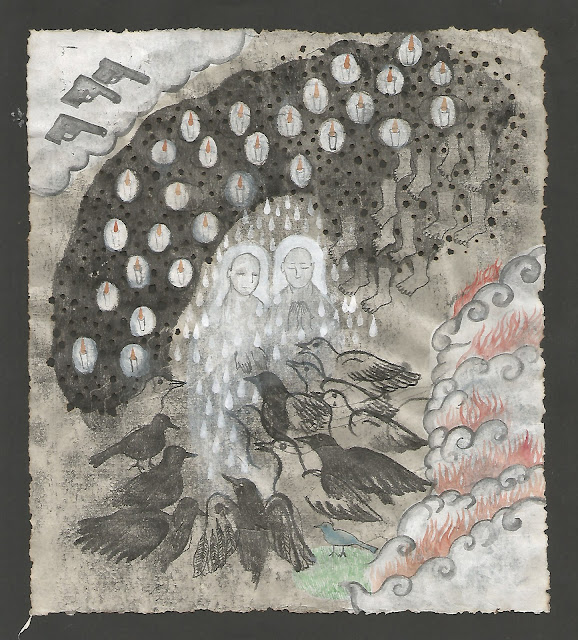 For Rinzin Dorje, a 19 yrs old former Kirti monk and Sonam Labyang, a 42 yrs old monk from Lab monastery, who carried out self immolation protests on February 8 2012.

Two protests happened in two different locations in Amdo on the same day: Rinzin Dorje at a primary school early in the evening in Ngaba county town in Ngaba and Sonam Labyang in Triwang town, Tridu County, Yulshul.

Rinzin Dorje set himself on fire at a primary school early in the evening and he was taken away by police to the local hospitals but believed to have passed away. He was known as a humble and kind person, and a hard worker, who enjoyed looking after the birds that lived around the monastery.  Sonam Labyang survived but both of his legs had to be amputated.  His current living situation and physical condition is unknown.

Recent the self-immolation of Rinzin on that day and former protests by others had triggered a number of protests in Ngaba and neighbouring Kardze, in which at least three Tibetans were shot dead.

February 8 was the global solidarity day for Tibet and candle light vigils took place worldwide by exile Tibetans and human rights supporters.  Tibetans in Tibet were aware about this, therefore the security in politically sensitive areas inside Tibet like Ngaba was very tight. 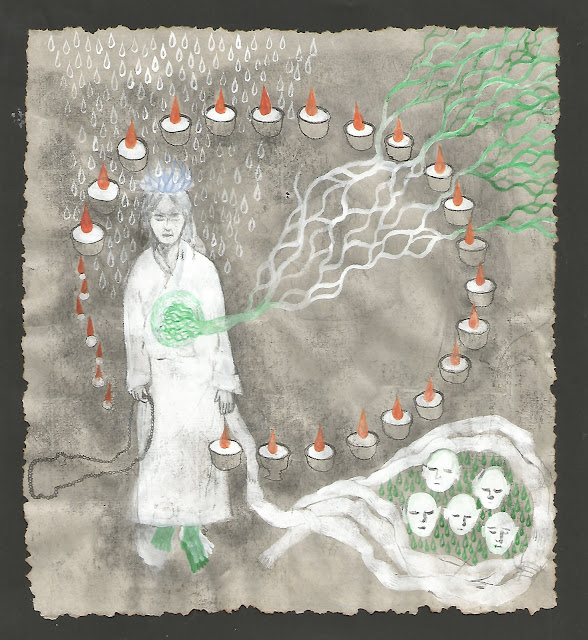 For Sonam Tso, a Tibetan woman in her 50s, who carried out a self immolation protest in Zoege, Ngaba, Amdo, Tibet on March 23 2016.

Her husband and she were doing kora ( circumambulation in Tibetan) around Sera Monastery.
While walking together,  she told him to go ahead and put herself on fire.  The young monk of the monastery heard her screaming "The return of the Dalai Lama and freedom for Tibet.
Tso's husband and the monk tried to put out the flames, and an elderly monk named Tsultrim, her uncle, then brought her inside the monastery.

She passed away in a vehicle where she was put to be taken to the hospital, before leaving the monastery.

She was a mother of five children, two boys and three girls.

Note:  News of her protest was initially delayed in reaching outside contacts due to communications clampdowns imposed by Chinese authorities in the area.