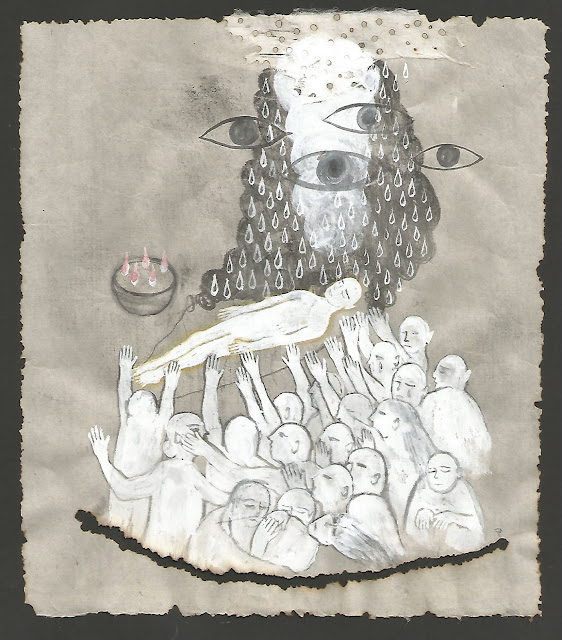 For Losang Jamyang, 22 yrs old man, who self immolated on January 14 2012 in the township of Ngaba, Amdo, Tibet.  He doused himself with kerosene and set himself on fire in a toilet in Ngaba and came out calling for the long life of Gyalwa Rinpoche and Tibetan freedom. It is said that the police surrounded him to beat with with iron rods with nails while he is in flame.  The video clip which came out to the exile side showed clearly that the security personnels were beating him and there were a large group of local Tibetans screaming against their inhumane actions.

The security police started shooting to the crowed and a few were severely injured. A woman called Choeki Dawa was shot in her leg and believed to have scrambled to death.  It is said there were many who were injured by shooting or were detained.

Losang passed away in the hospital on 16th and his family went to beg the authority to return his body however it is not certain if their wish were fulfilled.

He was known as the main person to promote the importance of learning and keeping Tibetan for Tibetan culture and identity, for which the local authority tried to pressure or threat him. 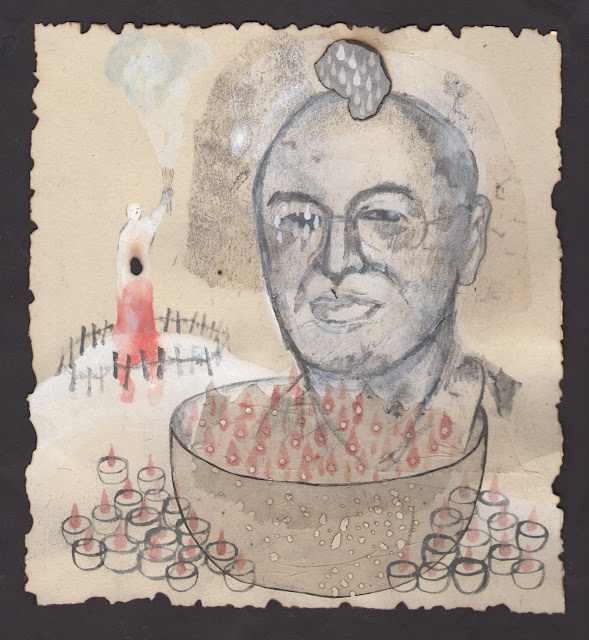 For Lama Sonam Wangyal, who self immolated in the early morning of January 8 2012 in Darlag country, Golog, Amdo, Tibet. He was believed to be a reincarnated lama and a respected religious figure in this local area.

Before his self immolation protest, he climbed a local him to burn incense and pray, and then distributed leaflets saying he would act "not for his personal glory but for Tibet and the happiness of Tibetans".  Then he drank and threw kerosene all over his body to set himself on fire at around 6 a.m.

Police took away his body and hundreds of local Tibetans staged a candlelight vigil urging the authorities to release his body.

I remember hearing the tragic news in Bodhgaya, India, where more than one hundred thousand people gathered for H.H. Dalai Lama's kalachakra.  There were Tibetans, Ladakhi, Bhutanese, all Himalayan region Buddhists, and foreigners from many countries. Everyone was under a big tree of dharma.  It was a chaotic yet very precious moment. There were so many different faces to receive blessings from H.H. Dalai Lama in that small town, where Buddha was  believed to have enlightened under the Bodhi tree.  The news of his deadly protest was a painful contrast, somebody who could be under this beautiful tree gave up his life in very painful way.  The news echoed my heart through like an arrow.

his recorded last messages can be found here.
https://www.savetibet.org/harrowing-images-and-last-message-from-tibet-of-first-lama-to-self-immolate/