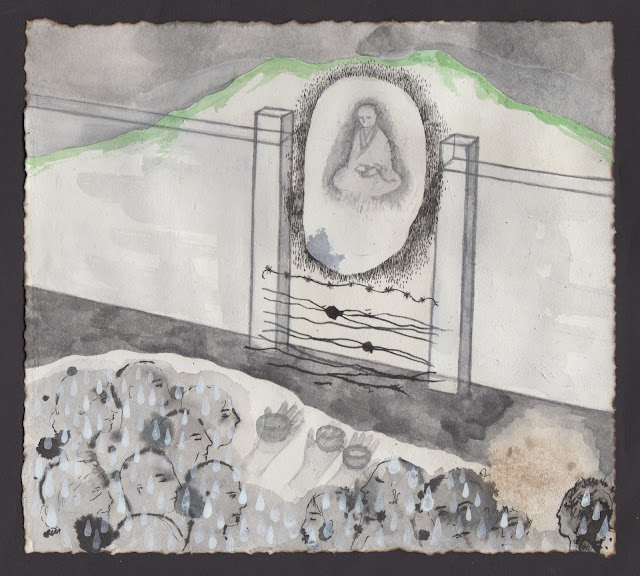 Gepey set himself ablaze in the late afternoon near the first military base set up by the People's Liberation Army upon arriving in the area in 1950, which is 1.5 km away from Kirti monastery.

Soldiers took Gepey's body into the base, and some local Tibetans confronted them, seeking the return of the body to his family.
Officials did give Gepey's body back to the Tibetans, but also specified that Gepey should be cremated the same day and in the presence of no more than five relatives, disrespecting the customary funeral rights of Tibetans.

Tibetans believe it is important to carry out prayer rituals after death in order to ensure a peaceful transition for the person in to their next life. In Tibetan culture, for this reason, the body of a person who has died should be disturbed as little as possible.

In case of Tibetans who have self immolated, many Tibetans believe that they were giving their lives as a form of dedication, or to be of benefit to others, and so it becomes even more important for the bodies to be returned for prayer ceremonies.

Flames of the Homeland by Tsering Woeser, Translated by Ian Boyden 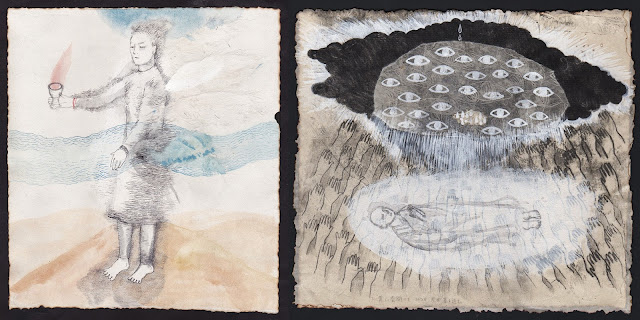 I am sharing the poem of Tsering Woeser, which has been translated into English by Ian Boyden,

a visual artist, translator, and writer.  He has worked with Tsering Woeser for many years and

has recently been awarded NEA Literature Translation Fellowship to translate the poetry of Tsering Woeser.

For more information about his work, please go to https://www.ianboyden.com/

Flames of the Homeland

March is peculiar.
The sweeping winds are long in coming,
and dust-filled air obscures a flame
in my homeland.
From where I sit, my view is limited,
the flame bright then dark. But even if I were nearby
I couldn’t approach it.
To behold such a sight
would break my heart.

Even more houses destroyed
by an invisible hand.
Even more prayers disappeared
in the din of harsh and alien accents.
Even more pillaging and unstoppable negotiations.
Drifting, destitute and homeless.
This world of dust, a story
full of grief.

From where I sit
at the window
on the twenty-first floor of a highrise,
it is as though I’ve placed myself
in a perilous frame
of the twenty-first century.
No need to distance myself.
The flames are almost within reach
but obscure.

Outside the window, the poison air
seethes and boils.
No wonder all the living creatures
of this country rot
one after another.

I bow my head to record
my homeland’s flames
that spark suddenly and extinguish suddenly.
One by one by one, one hundred fifty-
two flames and counting, unstoppable.[1]
But there’s not a sound to be heard.
I think of the poet Pasternak,[2]
who wrote “dipping my pen into ink,
I can not help
but cry.”

And I also see this:
in the ashes,
a reborn soul
beautiful beyond compare.

[1] The flames in this poem are the flames of Tibetan self-immolators. Since 2008, a wave of self-immolation has swept across Tibet, to date 152 individuals have burned themselves alive, many of them Buddhist monks. The majority of these self-immolations have been expressions of political protest against China’s occupation of Tibet, as well as its oppression and systematic destruction of Tibetan culture. Woeser discusses this topic in her extraordinary book Tibet on Fire (Verso Books, 2016).

[2] This line is from Boris Pasternak’s poem “February” written in 1912. There are many translations of this poem into English, however, they are all quite different from how the poem was rendered in Chinese. So, to this end, I have translated the Chinese translation of this poem, as it carries a tone not present in English translations made directly from the original Russian.
https://www.ianboyden.com/posts/flames-of-the-homeland