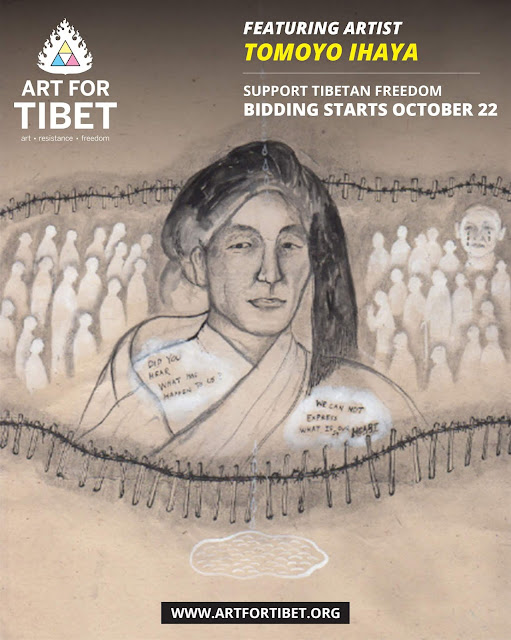 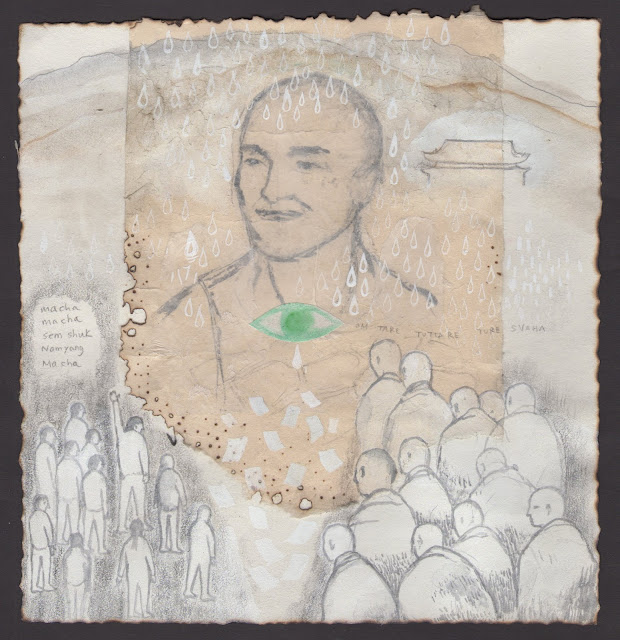 For Jamyang Palden, who self immolated on March 14, 2012 in Rongwo Town, Rebkong, Amdo,
Tibet.

Jamyang, a monk from Rongpo Monastery in his late 30s, left the morning prayer session around 10 am and headed to Dolma ( Tara) Square in front of the main temple.  He offered a prostration three times towards the direction of the main temple.  Then he raised slogans 'May Gyalwa Rinpoche come back to Phayul  and may Tibetans and our language be always protected' to set up himself on fire.

The local people who were there to prostrate tried to extinguish the flame, however, he was badly burnt.

He was admitted to the hospital then brought back to the monastery by monks, who feared his body may be taken by the authority.  A doctor was called in to give treatments.*

Monks and local people gathered at the site of his protest to offer prayers and to show the solidarity by raising slogans.

Jamyang's self immolation protest has also likely triggered  a peaceful protest by around 700 students in the area for protection of Tibetan language and equanimity for Tibetans.

March 14 was the four year anniversary of a major protest that happened in Lhasa in 2008.  It is said hundreds of people were killed.


* I could not find the exact date but Kusho Jamyang passed away after one year.