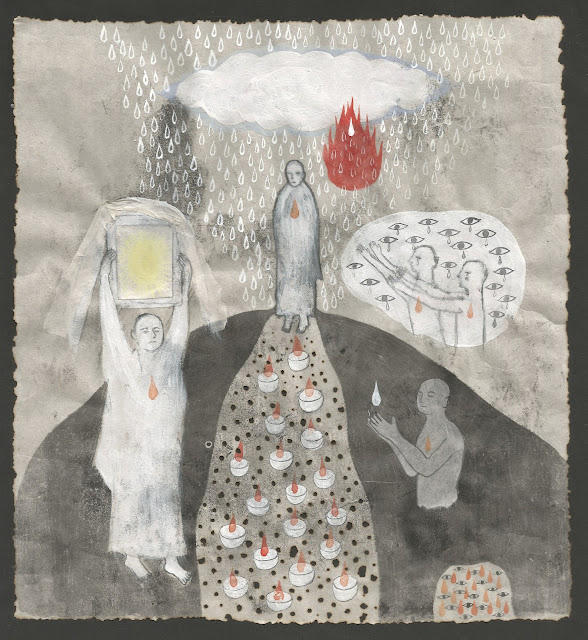 For Lobsang Gyatso, a 19 yrs old monk from Kirti monastery, who self immolated on February 13 2012 in Ngaba, Amdo, Tibet.

His protest occurred on the eve of China's presumed next leader Xi Jinping's visit to Washington D.C.
to meet President Obama.  He set fire to himself early afternoon at the top of the main street of Ngaba county town, while shouting slogans of pretest against the Chinese government.

Kirti monks in exile and other Tibetan sources said that  armed police and special forces were seen violently beating him as they extinguished the flames.

Two Tibetans who sought to help Lobsang were also severely beaten by police, with one being led away.

After his passing in the following 4 years, many other monks, nuns, lay people have carried out this painful protest, which they take all pain within their bodies instead of harming their enemy.
Ngaba has the most toll of 41 self immolations since 2009, many by the monks from Kirti monastery. Some also carry out a solo protest - each walks alone, holding up their precious teacher's photo in their hand and raising slogans - even though they all  know the painful abuse would await for them.

Their spirit and sense of dignity never die.

'Do not stamp on my faith' 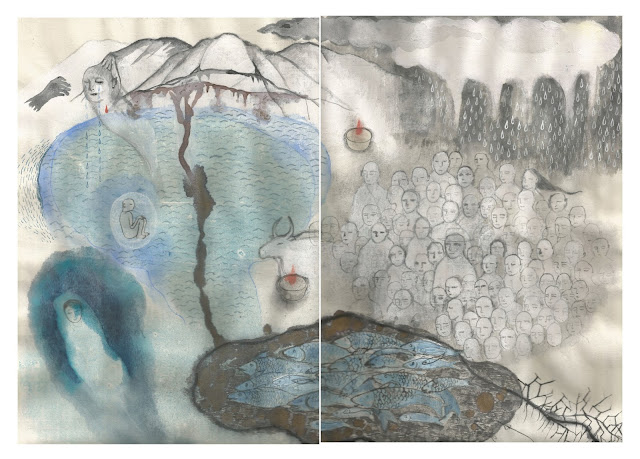 Dark heavy black arms reach
our scared mountains, rivers, and lakes
where our spirits lie
They come to dig, dig, and dig
and spit poison out to our water,
killing fish and animals that have lived in our ancient land for generations
They stamped on my land
They stamped on our bodies and took our brothers and sisters lives away
They stamped on our faith

Leave our land. stop digging
Stop harming us and our land
Let us go back to pasture
Our faith and will never be dead no matter how many times they stamp