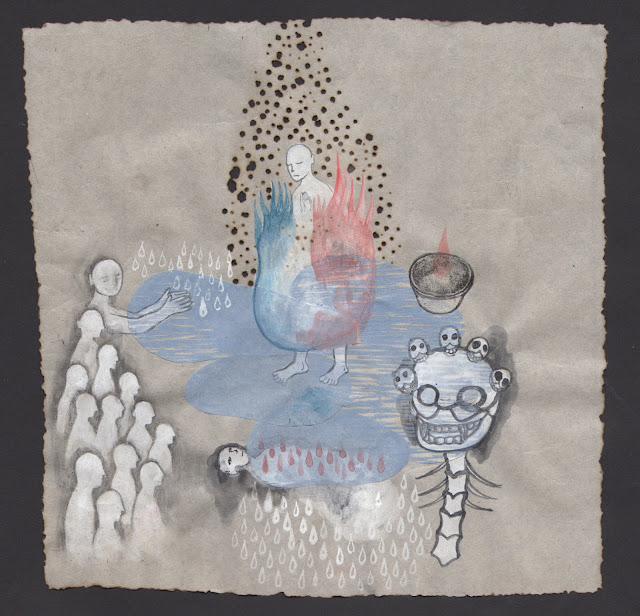 For Dawa Tsering, a monk from Kartze Monastery, who carried out a self immolation protest on October 25 2011 in Kartze, Kham, Tibet.

He set himself alight and shouted slogans calling for the Dalai Lama's return to Tibet during a religious ceremony at the time of a Cham dance.  Hundreds of local people were in attendance.
He was taken back to the monastery to be taken care and monks and laypeople tried to prevent Chinese police from detaining him.

He survived from this protest and the photo of him with his father at home came out to the exile side after less than one year.  The picture showed a gaunt Dawa Tsering with his chine and throat shriveled up with dark patches.

"His future remains unknown and uncertain because he might not be allowed to return back to his monastery. Instead, he could be jailed at any time"

I think of him, wondering how he is now after four years.  I hope he carries light in his heart no matter what struggles he faces.  He is so far away and our hands can not reach him easily. 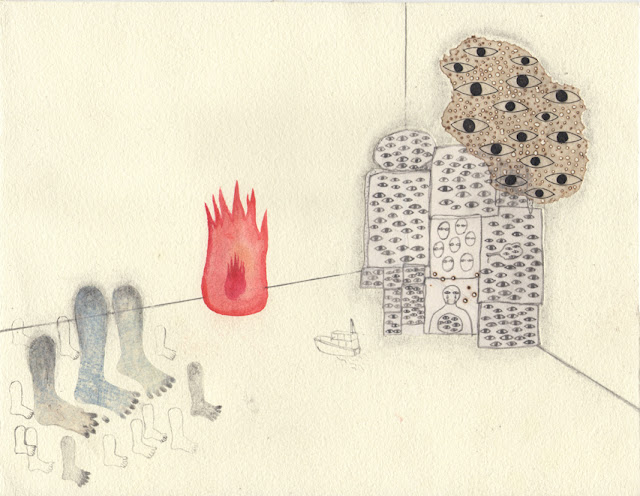