Thinking of Lobsang Phuntsok and Ngaba on March 16th 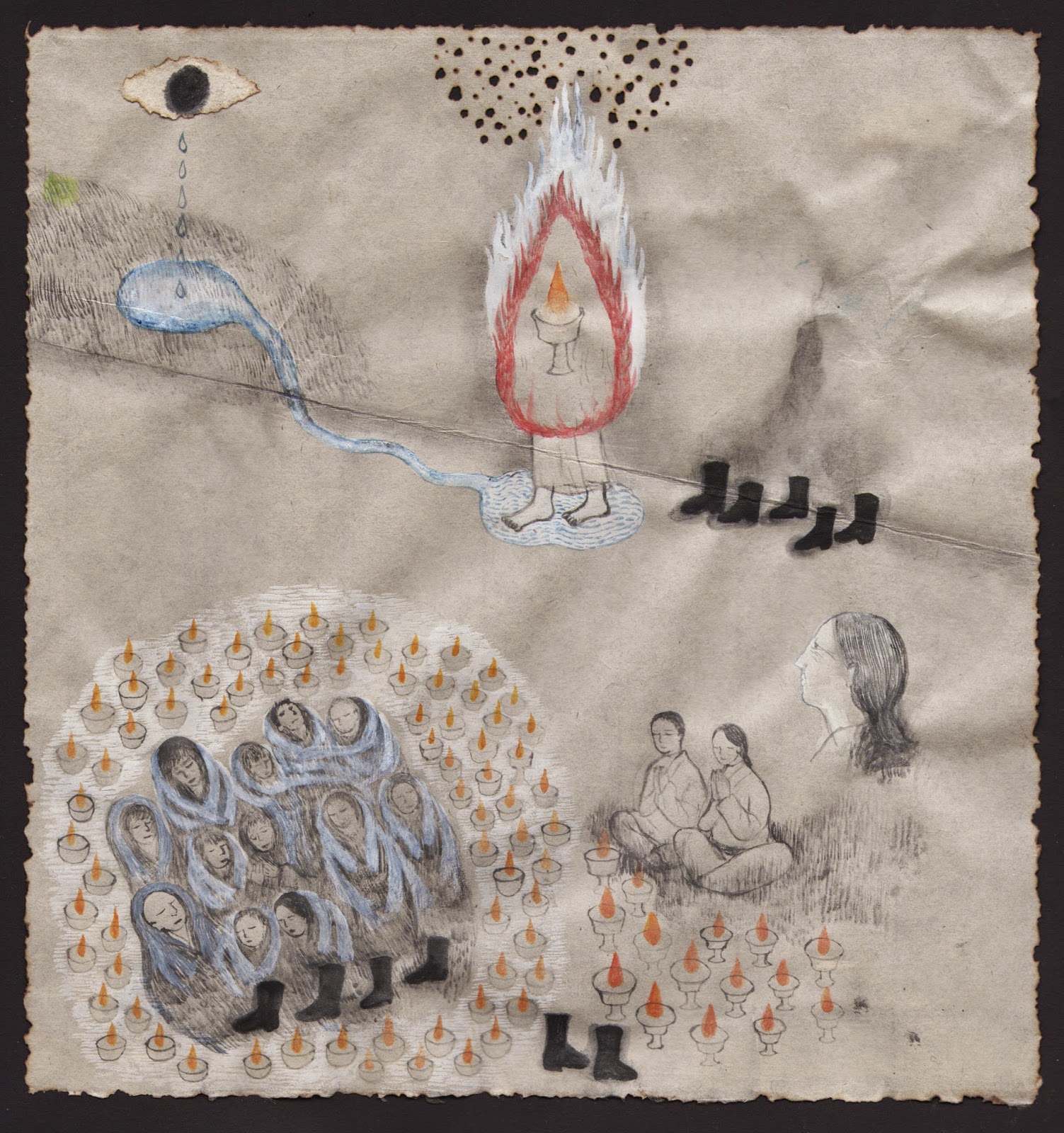 Four years ago today, Lobsang Phuntsok, a monk from Kirti Monastery, Ngaba, Amdo, set himself on fire.  He was only 20 years old. He walked to a busy main street from his monastery alone and walking in flame raising slogans loudly.  "May H.H.Dalai Lama return to Tibet" " Tibet needs freedom".

He fell into the ground twice then a bunch of army and police forces came to surround him. The witness says he was beaten severely on site.

Local people grabbed his body to admit a hospital but the hospital refused to treat him.
In great pain, he passed away around 3 am on the next day.

More than 3, 000 monks offered prayers all day and over night in front of his body wrapped with kathaks and three thousands and some hundreds people came to pay condolence to him at the monastery. Everybody was in tears.

March 16 in Ngaba is known to have had a major crush between local people and Chinese army force when a peaceful protest happened cross Tibet in 2008.  More than 30 people were brutally killed by random gun shots.  More than 1,000 were arrested and many went missing.

One witness said:
" Many people were killed in Ngaba on March 16, 2008.  After 3 years,  many people offer butter lamps at the monastery and home to pray for the victims.  Phuntsok's way was self immolation."