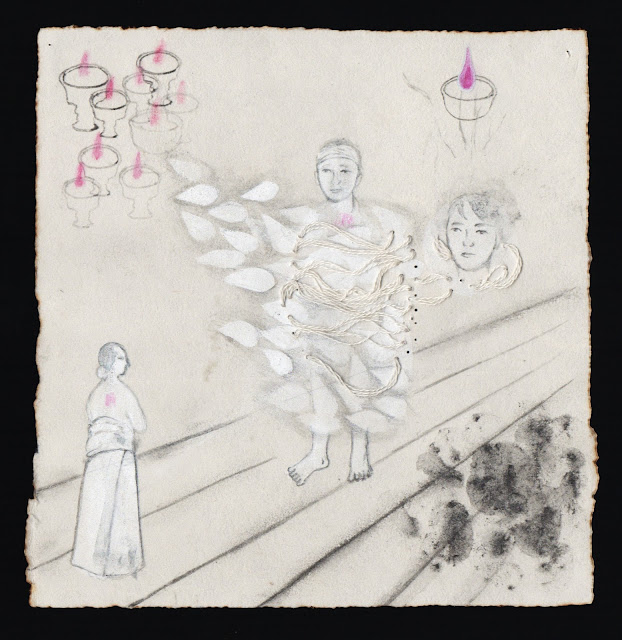 For Tashi Rabten, a 33 yrs old former monk,  who self immolated in the township of Machu, Amdo, Tibet on December 8 2016. He set himself ablaze around 7 pm.  The witnesses to the protest heard him calling out for freedom for Tibet, for the return of the exiled spiritual leader the Dalai Lama, and for the release of the missing Panchen Lama.  He walked on flame, fell, and scrambled to death.
He is survived by his wife and two children, who have been taken into custody.  A number of his other relatives have also been detained after approaching the authorities to ask for his body for cremation.
Further information reveal that Tashi Rabten is the cousin of Tsering Kyi, a 19year old student who died after carrying out a self-immolation protest in Machu on March 3 2012. Both the self-immolations took place at the same spot.

note:  When Tashi Rabten's carried out his self immolation protest,  I was in the middle of installation for the exhibition " Ojos Agua Fuego - for the Land of Snow"  at the Museum de la Ciudad in Queretaro, Mexico.  As a part of the mixed media installation 'Dharamsala 2012 - 2013",  I pinned up a Japanese newspaper cut out of  an article on self immolation protests written by Journalist  Miki Funakoshi, which included the interview to the late Tsering Kyi's mother.  While pinning, I read the article again in tears.  It was after did I find out  the further news that Tashi Rabten was a cousin of Tsering kyi.
My thoughts are with Tsering Kyi's and Tashi Rabten's family.
With sincere wishes that nobody has to give their life away like this any longer. 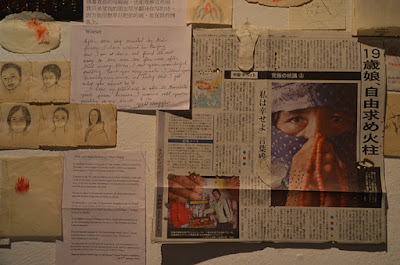