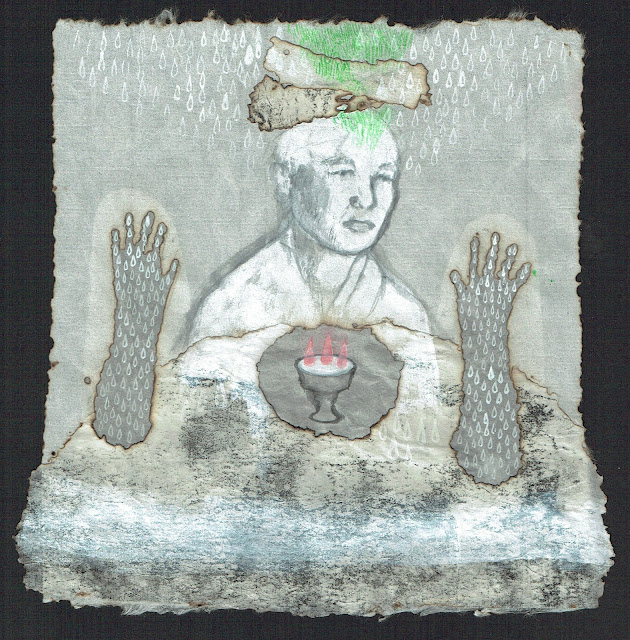 For Tsekho Tukchak, who self immolated on March 7th 2018 in Meruma township, Ngaba, Amdo, Tibet.

Tsekho, in his 40s, set himself on fire at around 5 pm in the town.  He died on spot.
According to the report,  he screamed 'Long life, Gyalwa Rinpoche' and 'Freedom for Tibet' while being engulfed in the flame.

His protest came three days ahead of the 59th anniversary of Tibetan Uprising Day (March 10th, 1959) and the 10th anniversary of the 2008 pan-Tibet uprising.  It is said that he carried his protest prior to the date to avoid the tightest security on March 10th.

He is survived by his mother, his wife, and two daughters.