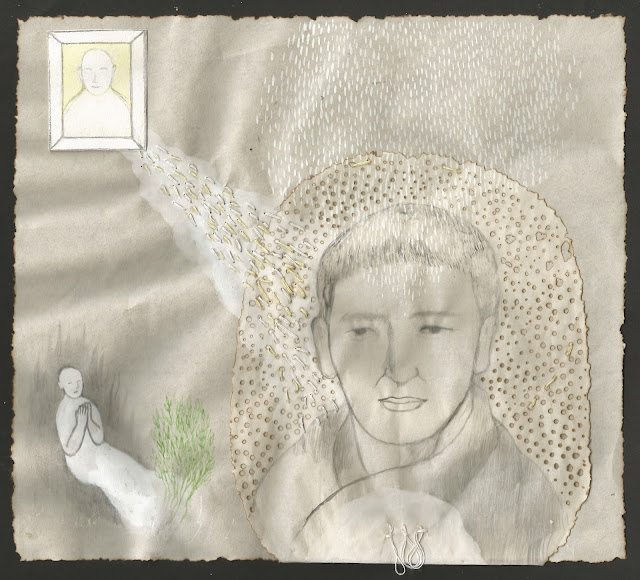 For Kelsang Wangchuk, a 17 years old monk from Kirti monastery, who self immolated in Ngaba, Amdo, Tibet on October 3 2011.

kelsang carried a photo of the Dalai Lama and was shouting slogans against the Chinese government when he set fire to himself along the main street in Ngaba county town.

Shortly after his protest, additional security forces were deployed in town and at Kirti monastery, increasing an already tense security atmosphere in the area known for its outspoken expression of the Tibetan identity and frequent peaceful protests.

It is said that a few days prior to Kelsang's protest,  pamphlets were distributed and posted around Kirti Monastery and the market place in Ngaba county town which read: If the current security crackdown in the area were to continue, many more people were prepared to give up their lives in protest.

Soon H.H. Dalai Lama will become 80 years old.  There are many pictures online arrived from Tibet that people put up his photo with beautiful offerings, celebrate his birthday openly,and wish for his long life.  While feeling cheered up by seeing photos of Tibetan people in Tibet who show their unshaken devotion and strong spirit,  my thoughts go to these brothers and sisters who sacrificed their lives for the better world.  I wish they could come back to this world to celebrate it together after the true peace comes to Tibet and in the world.