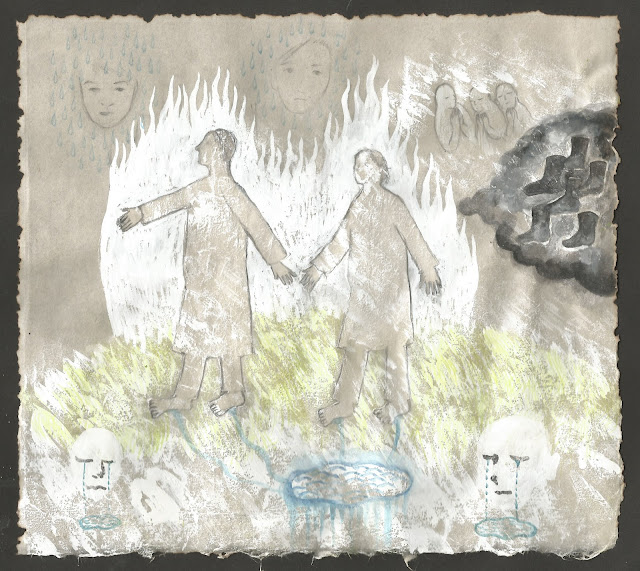 For Choephel, 19 years old and Kayang, 18 years old, who carried out their protest together on the main street in Ngaba county town, Amdo, Tibet, on October 7 2011.

The two young men, former monks from Kirti Monastery, clasped their hands together and set fire on themselves before security personnel extinguished the flames and took the two to the country's government hospital.

The Ngaba area has been under military lockdown since major protests were held in the area following the spread of protests across the Tibetan plateau beginning  in March, 2008.  In one major demonstration in Ngaba in 2008, at least 10 Tibetans were shot dead by security forces.

"Tibetans are deeply religious, and they are willing to pay the ultimate price for their religion and freedom" Zorgyi

"Monks take a vow that says they are not allowed to end their lives. But on the other hand, these actions are not for an individual, they are for a people"  H.H. Karmapa